Hop is the world’s first beer kiosk to use automated facial recognition to verify identification, allowing users to purchase beer by the ounce and pour it themselves. Las Vegas-based Adult Beverage Co. (ABC) engaged Very, an IoT development firm and Nerves sponsor, to build the proprietary software and hardware that powers Hop, which made its debut on the Vegas Strip. Very used the Nerves Project and NervesHub to build Hop’s robust kiosk system and support the devices that make the transactions possible.

Hop asks first-time users to enter basic personal information, scan an image of their legal ID, take a few facial recognition reference photos, and swipe their credit card. When pouring a beer, a photo is taken at the tap and compared to the user’s reference images, giving a match rating out of 100%.

A bartender onsite reviews the rating and approves or denies service. On future visits, customers will be automatically recognized — which means all they have to do is approach the kiosk, choose a tap, and pour their beer. 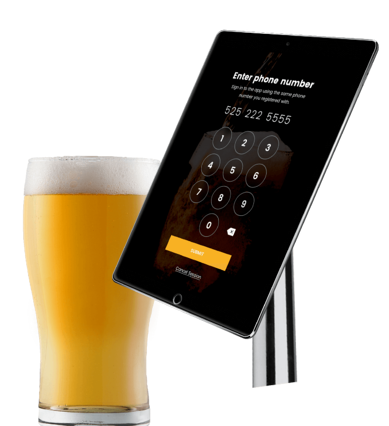 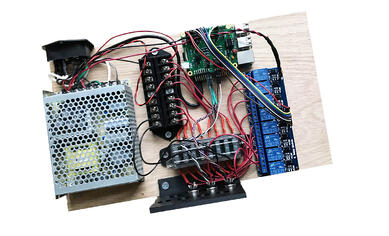 The product that ABC envisioned required complex hardware-software interactions. While they had a working product that was up and running, it was difficult to use and incredibly buggy. What’s more: critical portions of their software and hardware were purchased from an inflexible third party vendor, which meant that it couldn’t be customized to meet the needs of the product or the business as a whole.

Very began the project with a technical audit of ABC’s existing hardware and software to understand what was working and what needed improvement. While the system’s hardware was functioning, they identified a range of improvements that would enhance product performance.

To make those improvements, Very chose the Nerves Project because of the ways Nerves brings agility to the IoT development cycle. For example, Nerves enables:

While Nerves is compatible with whichever embedded languages your project is already written in (like C, C++, Python, or Rust), Very chose to use Elixir with Nerves for the Hop project because it is the language that most Nerves tools are written in and it is prevalent in the web development space. This made it possible for their web programmers to work quickly and easily in an embedded environment.

The new Hop system performs exactly the way ABC envisioned and has the potential to scale seamlessly.

Hop makes the beer-buying process fast and seamless for thirsty tourists. For vendors, it eliminates waste (as it charges by the ounce poured, not the glass) and allows for easy inventory analysis. The Vegas Strip was a natural location for a pilot due to its open-container policy and the high volume of foot traffic, but Hop has countless potential applications — like event venues, stadiums, and restaurants — which ABC plans to leverage in the near future.